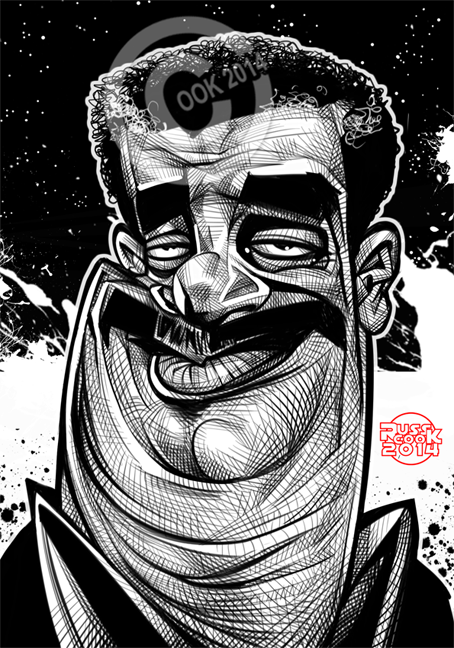 Phew! Bit of a late upload - but I wanted to push through and get this finished. So here is the great and rather marvellous astro-physicist and science communicator, Mr Neil deGrasse Tyson; of whom which I'm a big fan. Thrilled to hear he's hosting the recently re-vamped 'Cosmos' series - taking over (many years later) from that other great science communicator; Carl Sagan. If you like popular science but aren't familiar with him then check out his talks and interviews on YouTube. Not dull.
Posted by Russ Cook at 01:36