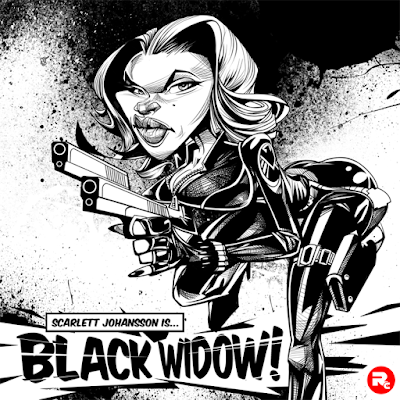 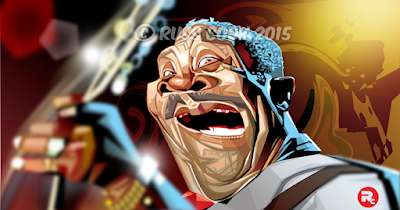 My tribute to the recently departed king of the blues guitar, BB king. Click image for larger view
Posted by Russ Cook at 12:38 No comments: 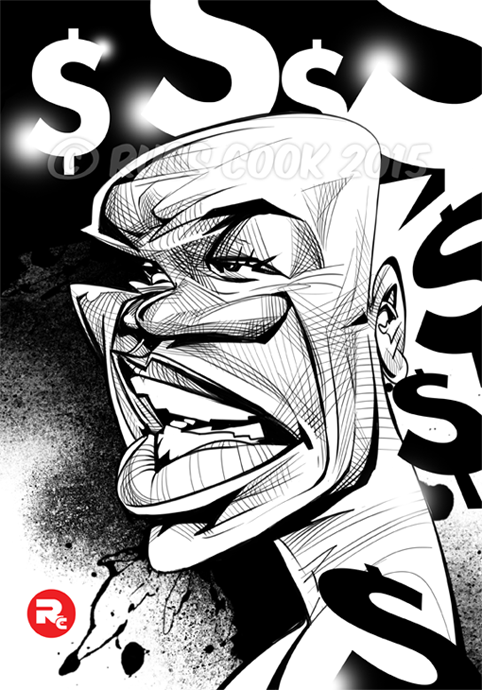 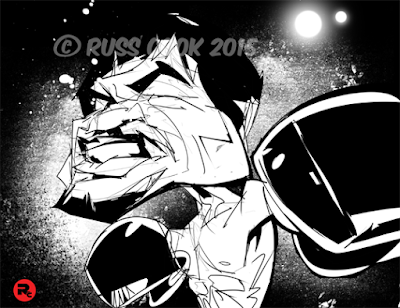 Manny Pacquiao: a couple of quick rough sketches of the Filipino fighting champ. 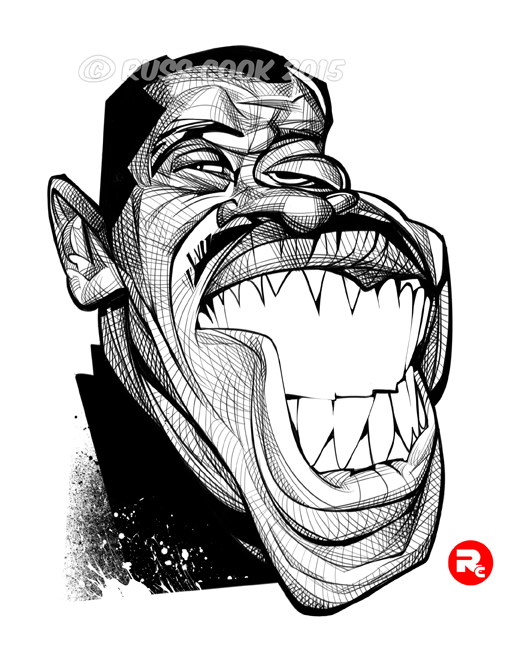 April turned out to be not a particularly great month as far as mortality was concerned. Here's my tribute to Ben E King - another great face and voice.
Posted by Russ Cook at 01:11 No comments:

When I created my caricature of Danny Trejo as Machete I wasn't sure from the outset which way I was going to go with it in terms of the style: traditional inked look or a clean digital blocked look - couldn't make up my mind. More often than not I pick a style, whichever it may be, and go with it without looking back. But now and then it sometimes goes that I start down one particular route and there comes a gnawing doubt that perhaps a different approach would have been better...so I end up putting the image I'm working on to one side and start a new version with a different approach. But with a certain inevitability I end up glancing back at the original version and it's now looking quite good, better in fact than the second version that, by this time, I'd also put a fair amount of time into. And so a maddening vacillation between two versions starts and I can't make up my mind which is better; at least, not without doing lots more work on the image I end up forsaking for the the one I actually do go on to finish. Therefore, there are half-formed versions of certain caricatures that never go anywhere or get finished and it seems to me - even when I'm trapped in the middle of it - a ridiculous waste of time! As it often happens, some time later when I've finished the artwork (taken sick leave, received counselling, partially recovered) I go back and look at the version that I ended up abandoning and, of course, still yet see a worth in it. And the inevitable thought starts to form: 'perhaps it would have been better if...'

I don't know why it can often be like this. Some kind of inability to knuckle-down to one style, married with an easy fatigue, plus a bit of the 'grass looks greener on the other side' thrown in for good measure. Agg!

Below are some outtakes of the whole brain-busting process. I like 'em all! 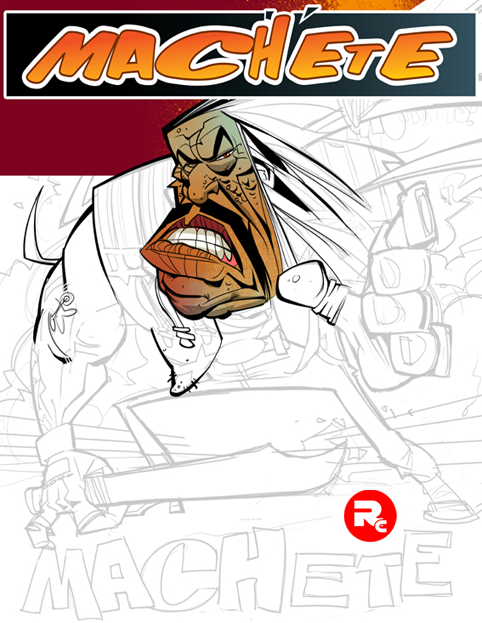 Above: A version with a traditional ink look, where I thought I was going to keep the lines black. 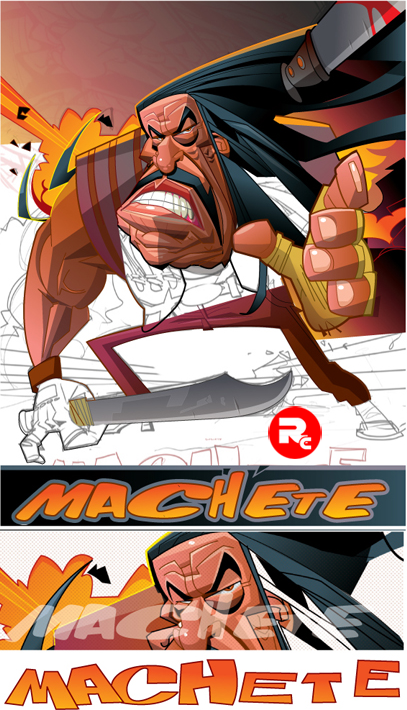 Above: An abandoned digital version with blocked, clean colours - I even had big trouble deciding which type-style to opt for.

Above: Thought about abandoning the line work and keeping just the colour flats. Also tried adding a bit of grit for effect. It all came to nought! 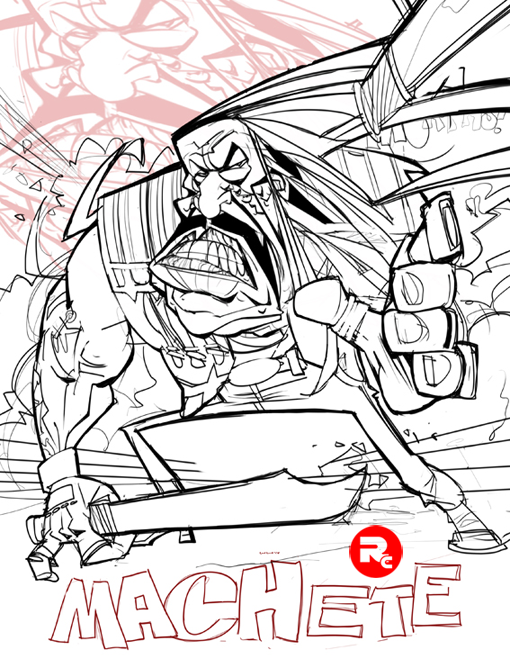 Above is the rough that started it all...

Email ThisBlogThis!Share to TwitterShare to FacebookShare to Pinterest
Labels: Machete 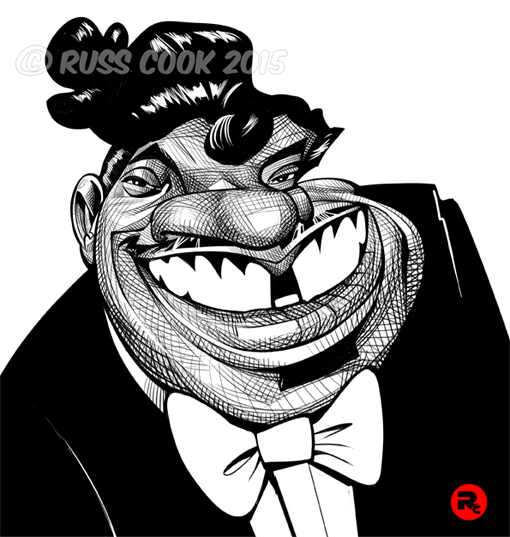 Here's my tribute to Percy Sledge - great voice and a great face.
Posted by Russ Cook at 13:02 No comments: