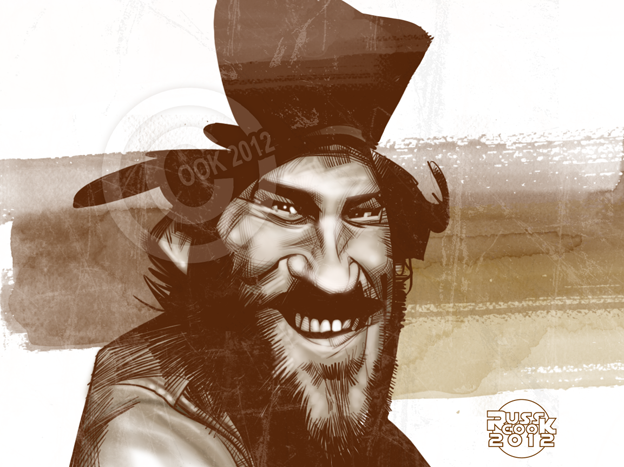 Twanged on 6music this evening to hear the great live version of 'The Night They Drove Old Dixie Down' by The Band - not just a great version of this particlular song but a great live performance and recording of any song. On finishing, Gideon Coe remarked that it had been played as part of a tribute to The Band's singing drummer who'd died after a long battle with cancer, which I was unaware of. I'm a late convert to The Band and am still catching up, but this quick post is for Mr Helm. If you're interested in watching Levon & The Band performing the song live then click here (link good at time of post).
Posted by Russ Cook at 00:42 10 comments: 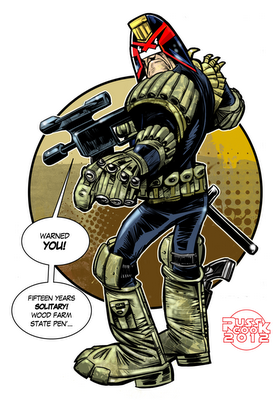 Always worth doing the time painting Dredd...
Posted by Russ Cook at 13:59 1 comment:

Back in the day when I started up this blog, the above image was my header. Doesn't do justice to the baby blues that the owner normally peered through, but they're still the coolest...Original image - acrylic paint on canvas board
Posted by Russ Cook at 13:39 No comments: 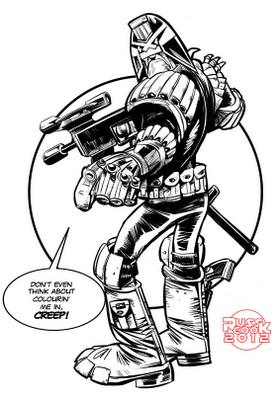 Just a wee sketch of my favourite fascist law man.
Posted by Russ Cook at 13:13 No comments: 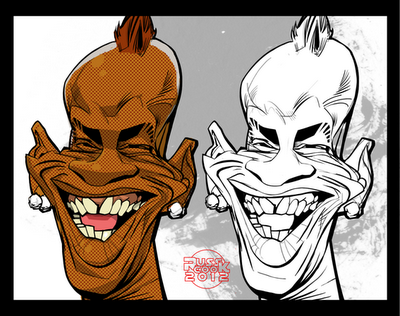 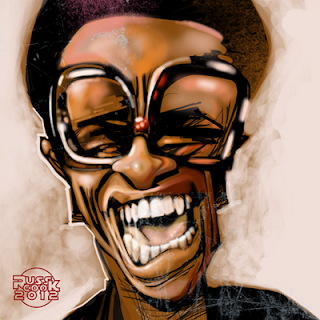 Here's a quick-ish colour sketch of Bobby Womack to help keep this blog alive. No particular reason other than I liked the reference image.