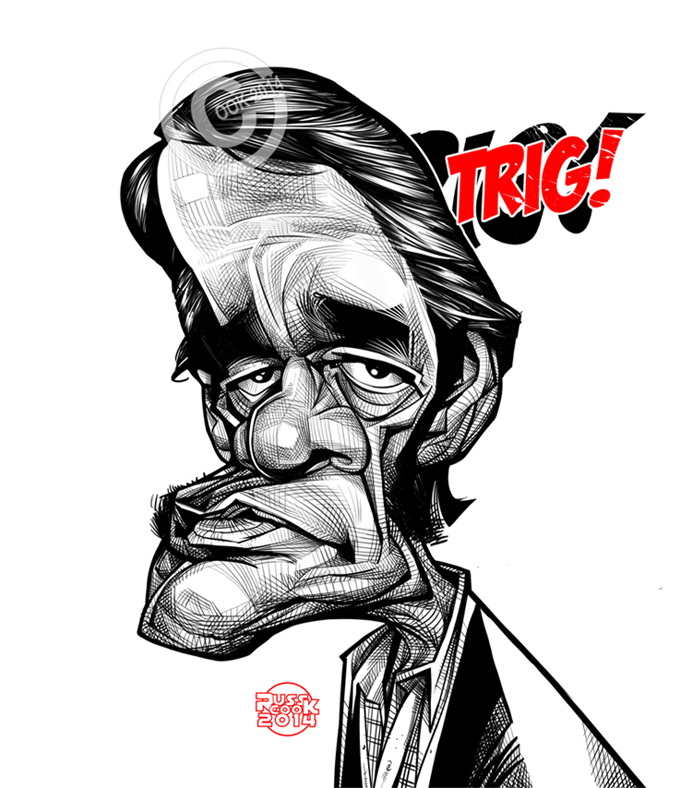 Not being an avid telly watcher, I'm only really familiar with Roger Lloyd-Pack's work through his role as Trigger in Only Fools and Horses (back in my younger years I did watch more tv) and as someone perceptively put it elsewhere on the web recently, there was an extra gloss on the episode when you knew that Trigger was in it.
This has been the first chance I've had to acknowledge the actor's death in virtual graphite, so; 'bon voyage', Mr Lloyd-Pack.
Posted by Russ Cook at 14:32 No comments: 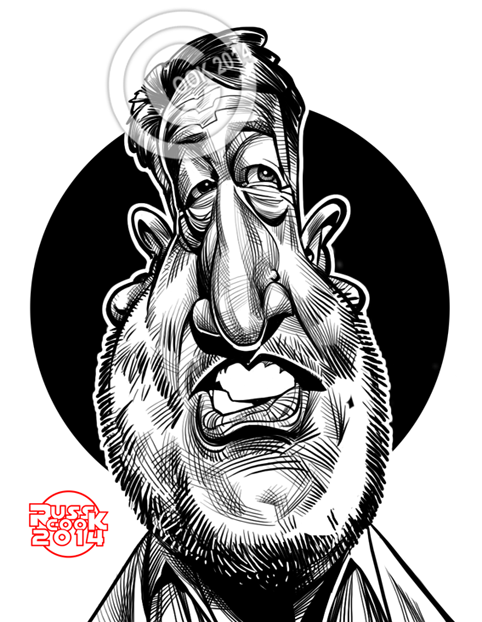 Found this un-posted pic' of low-slung bass-plucker Peter Hook while rummaging through the caricature hard drive. It's probably a couple of years old but it didn't get a posting at the time as I wasn't that enamoured with it on completion. I know I did a couple of versions of it - obviously wasn't happy with either. Looks alright to me now...strange...
Posted by Russ Cook at 00:36 3 comments: 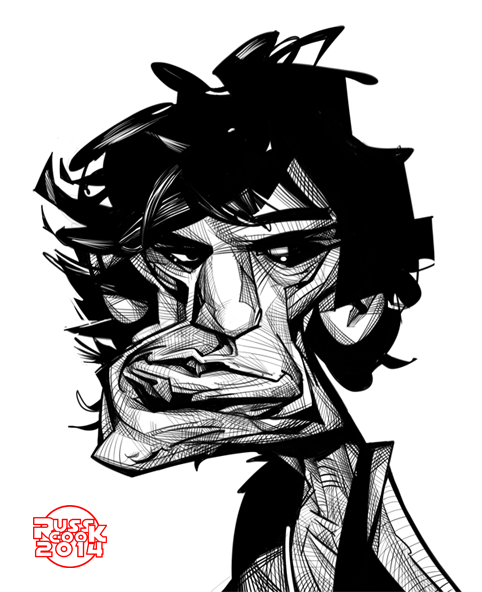 Because you can't have too much of the human riff!

He may be a caricaturist's cliché - but c'mon, admit it, you'll miss him when he's gone. I received his autobiography 'Life' for Christmas and a jolly good read it is, too. If you love being scandalised by those who are pretty much given a free pass to live outside society's norms and rules then it won't disappoint you. And Keith can write! Is there no end to the man's talents?

Watch Keef being drawn on YouTube:
The above caricature is pretty rough as it was done as an experiment in video capture. Yep, got me one of those You Tube channel things. Funny how even just the invisible audience of the screen capture made the whole process feel unnatural. I was not relaxed. If you wish to see my rather ham-fisted attempt then get over here to see it on YouTube. It won't be winning oscars any time soon (no funky fades, annotations or screen wipes - and it comes to an abrupt end) but after waiting an eon for it to convert/render I didn't want another run at it. The free software I was using wouldn't let me anyway - said something unreasonable like having to actually purchase it...

If you want to see more caricatures-in-progress, then leave a comment or give it a like and I'll endeavour to post more in the future...once I've got my hands on some more software.
Posted by Russ Cook at 21:54 2 comments: 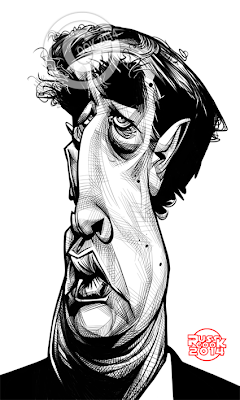 Kicking the New Year off with a titter, missus...
Posted by Russ Cook at 12:06 No comments: