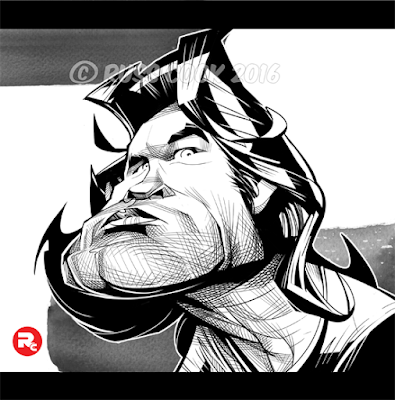 I recently rewatched The Thing - one of my favourite films -  which, of course, stars Kurt as RJ Macready. If the last time you saw it was on a creaky old VHS version taped off the TV then I strongly encourage you to check out the Blue Ray of the film. It's beautifully clear and everything holds up great - even the special effects, which was a surprise given the age of the film. The recent prequel film isn't bad but the characters lack the great chemistry that the originals had between them; all evoked in the funny, snappy and hip dialogue. Every fan knows the great quotes from the original - but can anyone quote from the prequel? I certainly can't.
Posted by Russ Cook at 19:25